Life in a Spin: The Riveting Revelations of an International Helicopter Pilot by Nick Mylne 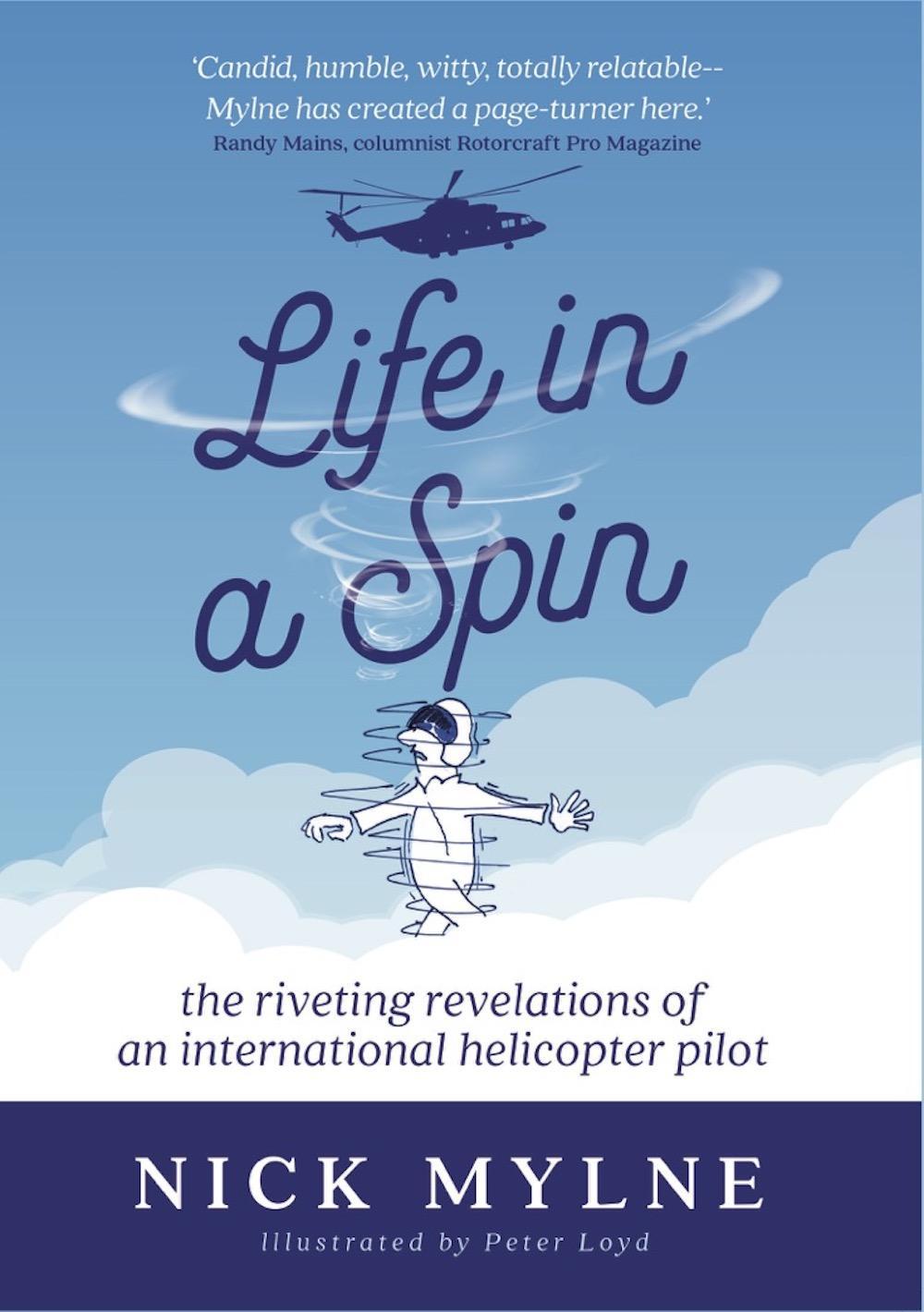 Summary: Life In A Spin is nothing to do with politics, but all about Mylne's career piloting helicopters for the Army and commercially. In his prologue, he says memories pop up at random and never in neat chronological order. So you have been warned: in these 112 pages, he dexterously jumps in time and place. Sandhurst, Aden, Stockholm, Middle Wallop, Germany, Oxford, Saudi Arabia, Tehran, Damascus, Redhill, Jamaica, Goose Bay in Canada, and Oman pass at blistering speed as he matter-of-factly and tightly amuses us in the high and low altitudes of his life in the cockpit.

He spent 30 years flying and followed that with 20 years teaching aviation law and human performance. But it is not the teaching that he writes about. Instead, we discover an Army general overly aware of his appearance but brought to earth in flames. A crewman who almost lands Mylne in a Middle Eastern prison. A helicopter is downed in the North Sea. He describes in spare, but telling detail of when he was heading for a cliff-top landing only for the tail rotor of his machine to fail. The helicopter spun, hit the cliffside and fell halfway towards the sea before coming to rest upside down and burning with him trapped inside. A charismatic King Hussein of Jordan, the King of Spain, Qaboos bin Said (former Sultan of Oman), and Nelson Rockefeller slide through the pages. Read how Mylne met the woman who became his wife while he was under suspicion in Assad's Syria. It is a testament to the tightness of his writing about these 'shared moments' that he manages to cover so much in so few pages, though the densely detailed news-in-brief approach sometimes leaves you hungering for context. The book is light-heartedly illustrated by Peter Loyd, another former Army pilot and friend. In these days of COVID-19, reading this is like finding an unseen Morecambe and Wise show in the Christmas schedules. --John Price, Journalist, The Times, The Sunday Times, Daily Express and Daily Mail