It Takes a Village to Market a Book

Creating a Subtitle That Sells 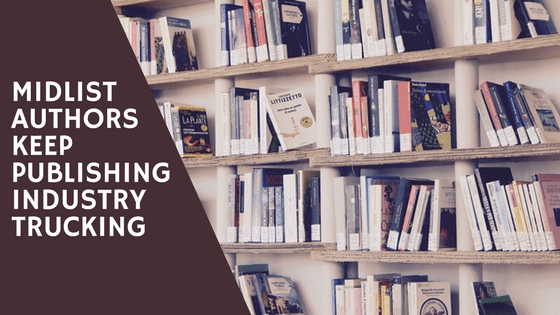 As much as the publishing industry wishes every book sold as much as Harry Potter or The Hunger Games, every book cannot. It seems the frequency of those smash hit books being released has decreased in recent years; really, what was the last smash book you had to read because it was all anyone could talk about? Some would say it was The Girl on the Train but it didn’t really have a much of an impact as the other titles listed.

But as the industry waits for the next superstar book to rocket to the top of the bestsellers lists, you know who keeps the publishers afloat? The middling authors. You know the ones who make may just make it to the bestselling lists but they never reach that coveted number one spot. Their sales numbers still make tidy profits considering the cost to make the books and promotion.

You may be able to think of what the last few bestselling books were, but do you even know the number of how many midlist authors there are??

Obviously, with the publishing industry unstable considering the rise of indie authors, the sales numbers for bestselling books are not what they used to be. Self publishers now have a bigger bite of the total books sales and that has rocked the traditional publishers’ boat, even if they still have the majority of those sales.

Traditional publishers have tried to adapt. They carefully consider the sales numbers of an author before they offer a second book. They also look into other factors, like how much of a social media following each author has, if the book has any critical acclaim, or if the book has possibility in being adapted into a tv show or movie.

At least publishers have hope the upcoming books authored by former president Obama and former vice president Biden will undoubtedly do well, as record breaking contracts have been signed by both.

Read more about publishers and their midlist authors at Good eReader.