The Jews of the Titanic by Eli Moskowitz 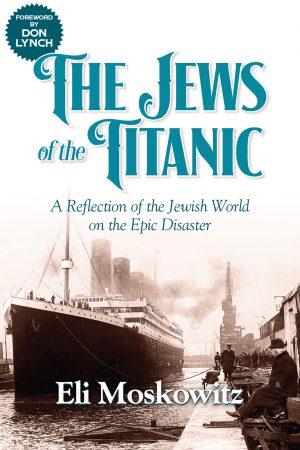 Summary: During an era when millions of Jews fled the pogroms of Eastern Europe, the Titanic sailed on her maiden voyage. At the time, she was the largest and most luxurious ship ever built and many of her 2,200 passengers were Jewish. At 23:40, April 14, (28th of Nissan 5672) the Titanic swiped an iceberg and sank within two and a half hours. Most of her passengers lost their lives. The sinking of the Titanic was one of the worst and well known maritime disasters of the 20th century. The entire world mourned the Titanic. The grief was universal and shared by people of many nations and religions.

This book focuses on the lives and deaths of the Jewish passengers who sailed on the Titanic. It covers various Jewish aspects of the voyage and of the sinking. Aspects, such as keeping kosher, the Agunot dilemma and Jewish burial. The book outlines the life story of the passengers and the effect the disaster made on world Jewry. This book is the result of a long research on the subject, including an attempt to compose a unique and complete list of all the Jews who sailed on the Titanic, and identifying many of them who were previously unknown.

Reviews for The Jews of the Titanic:

“"Everyone reading this book will learn something. It details aspects of the disaster that no previous book has described. The Titanic community is indebted to Eli Moskowitz for tackling this subject, and covering it so well." --Don Lynch, maritime historian.

"It reads like a Jewish version of A Night to Remember. It's a quick read, and is especially compelling in relating the events as they transpired over the course of the sinking." --Marshall Weiss, editor and publisher, The Dayton Jewish Observer.

"The author provides insight and focus on a fascinating aspect of the Titanic disaster, and has shared his research in this succinct, accessible volume that makes its longawaited debut to English readers." --Randy Bryan Bigham, journalist and historian –BlueInk Reviews.