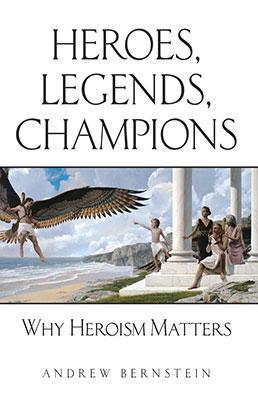 Summary: This is not a self-help book. Its purpose is to not to show us how to apply the lessons of a hero's life in our own. Rather, it is a theoretical book, explaining what heroes are and why mankind needs them. Before we can emulate heroes, we must properly identify them, we must understand who and what they are....And what they are not. This is a matter of life and death. Some persons, for example, at various times have considered as heroes Adolf Hitler, Josef Stalin, and Osama bin Laden. If we are to promote human life, it is necessary for us to clearly understand that and why mass murderers are definitively excluded from the echelon of heroes.

Chapters One, Two, and Three focus on the nature and definition of a hero, and provide a method for distinguishing a hero from non-heroes. Chapter Four raises the question of whether, under appropriate circumstances, everyman and everywoman can rise to heroic heights--and answers in the affirmative.  Chapters Five, Six, and Seven dispute the time-honored notion that heroism involves self-sacrifice and demonstrate, rather, that heroism, properly understood, involves actions self-fulfilling; heroism and self-sacrifice are, in fact, moral antipodes. Chapter Eight discusses an appropriate response to morally flawed heroes--and Chapter Nine explains the errors of the modern antihero mentality. Finally, Chapter Ten shows the life-giving importance of hero worship. The two appendices validate philosophic principles that underlie the theory of heroes elucidated here: That human life is the standard of moral value and that human beings possess free will.

This book does not purport to be an exhaustive analysis of a hero's nature. Presumably, there is more to be said. But it is a provocative first step toward understanding the nature of heroes, one that will hopefully spark a lively 21st century debate of this important subject.