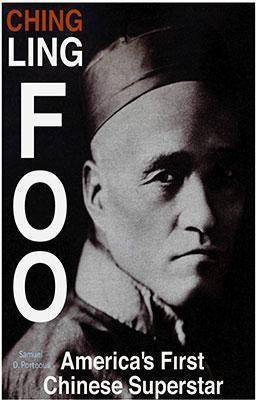 Summary: On the eve of the 20th century at the height of anti-Chinese xenophobia and the China Exclusion Act, Ching Ling Foo, one of the greatest illusionists ever seen on American soil, along with his talented family of Chinese musicians and acrobats overcomes on stage attacks, headline generating deportation attempts, homeland tragedy, crooked managers and a diabolically clever American copycat to make an indelible impact on American culture becoming the highest paid and most popular act in the United States twice! First, between 1898 and 1900 then once more between 1912 and 1915 when they did it again!

Foo tells the incredible story of the Foo troupe’s rollercoaster ride to unprecedented fame and luxury private railcar riding fortune. The excitement of the 1898 World’s Fair, turn of the century Broadway, the Boxer Rebellion, the bizarreness of early 1900s vaudeville, the 1905 London “World Championship of Chinese Magic,” and an adorable bilingual toddler who transitions to teenage ragtime sensation. All this plus international intrigue, nativism, and industry ending technological disruptions. Ching Ling Foo: America’s First Chinese Superstar has it all!