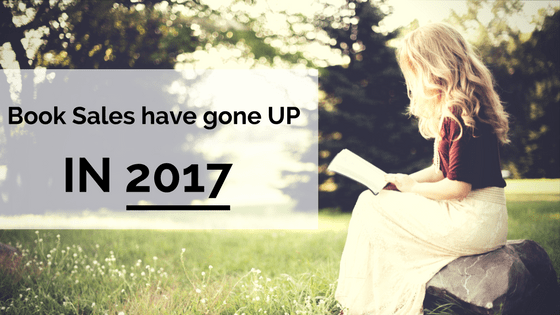 Any positive change in numbers in the publishing industry is always a good thing, according to– well, everyone. So long as sales numbers are not going down, the industry is staying afloat. Therefore, when the sales numbers for the first half of 2017 were announced and were revealed to be higher than the previous year’s, everyone in the publishing world collectively had a huge sigh of relief.

According to Good eReader’s numbers: “Major and medium sized publishers have reported that the total sales in this period were $310.7 million, up from 302.8 million a year ago.” The difference between the 2016 and the 2017 sales numbers is about three percent.

Experts are curious about the increase. There has been no book released in 2017 that has achieved a smash hit “bestseller” status. There weren’t many last year either but at least 2016 had The Girl in the Train and the latest Harry Potter screenplay-turned-book seeing a softer sort of bestseller success. For 2017 however, the top book sold so far has strangely been Dr Seuss’s Oh! The Places You’ll Go!, a classic children’s book that doubles as an endearingly cliché graduation gift yet was also released nearly thirty years ago.

Read more in depth information about the sales numbers at Good eReader.